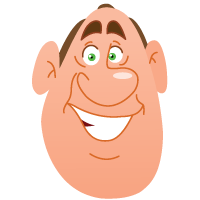 With all of the pipes that exist in your home, it is never fully possible for a plumber to eyeball all of them. This is especially true of the insides of pipes and pipes underground. So, your plumber utilizes a pipe camera. Pipe cameras can see a lot more than the plumber can with his/her bare eyes. That is very beneficial to you, since the plumber can find problems inside your pipes that you may not have known you had. Here are some of the other things a plumber can see with a pipe camera.

A lot of stuff builds up inside pipes over the years. Pipes tend to accumulate blockages while the pipes dispose of your waste. These blockages may be invisible until they cause leaks, burst pipes, and extensive water damage. If and when a plumber is called for an unrelated reason and uses the pipe camera to see into your pipes, he/she will spot these developing blockages and let you know. Then you can decide if you want the plumber to clear the pipes so that you do not need the plumber to return at a later date.

Pipes That Are Rusting Out

Really old pipes rust from the inside out. You could have several metal pipes that look great right now, but a pipe camera can see inside those pipes. What the camera sees is a very different sort of tale. The camera will see the rust flaking off in the water, which then becomes lodged in the water heater or blocks your water from exiting a tap in your home. The only solution for this problem is to replace the pipes.

​Pipes That Are Unevenly Jointed

Pipes that are slightly and unevenly joined or jointed are a problem. It means that there is a slight "lip" between these adjoining pipes, and that debris and waste can get caught on the "lip." It also means that your bathroom or kitchen plumbing may result in a backflow of sewage. That is not something you want to address ever because of the smell. Your plumber can adjust the adjoining pipes so that there is no more "lip." Then waste can freely travel through the pipe without getting stuck.

​You can rent a pipe camera from a construction rental place. It is possible to use the camera on your own. However, without knowing how to maneuver and manipulate the camera, you might cause more damage than good. Hire the plumber and his/her camera instead.